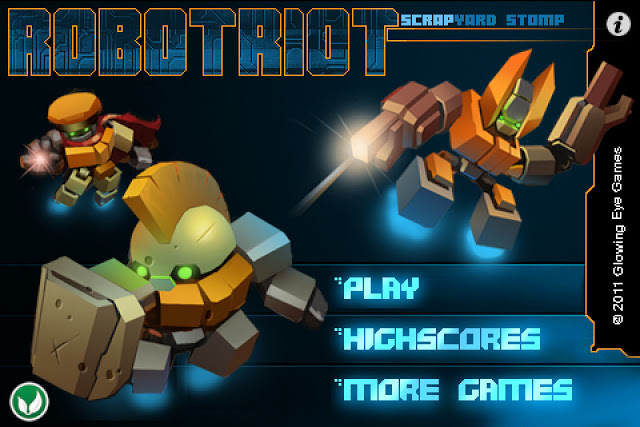 Robot Riot, a 2D side-scrolling sci-fi platformer from Glowing Eye Games and Retromite that was released in September of 2011, has just received a much needed update. With Version 1.2 the game has received Retina support for the new iPad, new levels, new power-ups, new bosses, enhanced visuals, upgraded sound quality, bluetooth arcade support, as well as GameCenter support. Although there’s only one leaderboard, and no achievements, hopefully the GameCenter support will be expanded in the near future. But with the inclusion of retina support, and the new content, Robot Riot has come back into play as one of the better platformers available for the iOS. 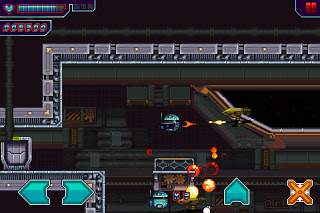 If you haven’t heard of Robot Riot yet, it revolves around a repoing robot who’s out to take back ships letting the captains know that IT AIN’T NO JOKE IF YOU DON’T PAY THAT NOTE! (BLAAAA haha… sorry) Anyway, the captains aren’t too happy about this, as you can imagine, and you’ll have to fight your way through various enemies and go through loads of backtracking, unlocking of doors, and avoiding loads of hazards throughout each of the ships sections. At the end of each ship, you’ll face off against the captain in an epic boss battle before moving on to the next one. 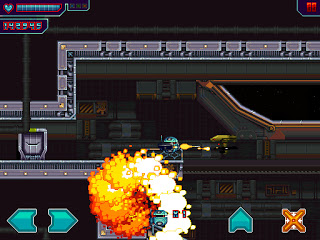 Originally, Robot Riot only had 4 ships, and about 10 levels, and with the game being as good as it was, players were begging for more. Even though the developers listened, the game now only has 5 ships and about 15 levels, but this is a giant step in the right direction. Hopefully Robot Riot will gain more attention, and that will push the developers to continue adding content, making it a fully rounded out game. For $0.99, it’s definitely worth checking out, especially considering the gameplay, graphics, level design, controls and physics are all top-notch. If you’re still on the fence, you can head on over to Kongregate and play the game in their Web-Based Unity Player. If you’re a fan of platformers, this is definitely a game that will make a great addition to that ‘Platformer’ folder on your iDevice. So be sure and check it out!