Strategy Games are really hitting their stride in the AppStore, but one of my favorites has always been Tactical Warrior by James Pawliuk. Earlier this week, the two man team consisting of Mr. Pawliuk and Brandon Alter released their 3rd iOS title, LostStar Tactics, a turn-based strategy RPG with some great gameplay, nice graphics, and an interesting story to go along with it. But does it warrant purchasing when so much of the game is identical to Tactical Warrior? 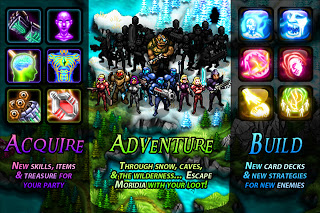 When compared to Tactical Warrior, the whole set-up of the game and gameplay is almost identical. Moving costs stamina, unless you move to an orange tile and each attack or special ability you use costs stamina, while resting offers your character recovery of stamina. Each character, as well as enemy, has stats which you’ll need to learn so that you can know what attacks will work well, and what attacks will result in almost no damage at all. Even the party screen is an almost identical clone of Tactical Warrior’s.
The character designs and environments, however, are fairly different. The characters have quite a bit of details, with some wielding some pretty badass looking weapons while the environments lean more towards lightly forested and murky areas, though the environmental objects still play a roll in where you’ll move your characters and how you attack with them. 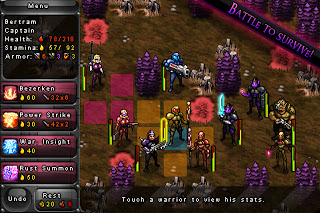 While exploring the outer reaches of space, you wind up finding something extraordinary. The planet Moridia, which legends say is home to mythical knowledge and treasures hidden in a mysterious ‘nebalua‘. An energy pulse takes your ship out while exploring, resulting in a crash landing on the unexplored planet. Now it’s up to you and your team to survive the attacking life forms, and find a way back home.
Starting off, you’re able to choose between 3 different groups of fighters; Mechanic, who’s main focus is summoning – Warrior, who focuses on powerful attacks – and Councillor who focuses on flexibility. You’re also able to choose between Easy, Medium and Hard Difficulties.
The game is set up kind of like a card based strategy game. Each character is able to equip various cards which allow them to perform different attacks as well as beef up their defensive skills. Once you earn enough experience through battles, you’re able to strengthen these cards up. Some battles will also give you cards as rewards, and sometimes you’ll be offered another character to add to your team. Each time you’re offered a reward, you’re given 3 choices to choose from. In the event of a new member being offered, you’re able to not add a member, and give some XP to your team. All of this makes the card equipping, leveling up, and even item equipping aspects of the game fairly deep. 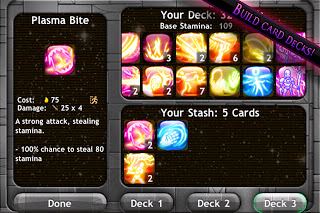 Aside from the cards, story and character design+environments, LostStar Tactics could easily be a sequel to Tactical Warrior. Is that a bad thing? Not necessarily. Especially when I think about all the hours upon hours I lost because of Tactical Warrior. There’s also the price. $1.99. Hard to beat that, considering Tactical Warrior is $2.99, and worth every penny. But even with the fantastic gameplay, there are a couple of down-sides to the game. The game is not Universal, so those of you out there who hate playing games in 2X mode on your iPad will be pretty disappointed. There’s also no GameCenter, meaning no achievements to shoot for. Also, if there’s a player or enemy at the bottom of the screen underneath the text that says “touch a warrior to view his stats.” you’ll need to move the playing field in order to select them. It’s not a big deal, but something that kept on bugging me while I was playing. Actually, none of these ‘issues’ are really a big deal. LostStar Tactics is one of those games that’s good enough it’s very easy to overlook having to play in 2X Mode, and the lack of achievements or any online features. 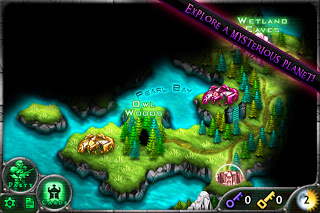 In the end, LostStar Tactics is a fairly deep turn-based strategy game with great RPG elements, also with a price that really can’t be beat. Hopefully it gets the attention it deserves so that more work will go into it, and hopefully we can get an HD or Universal version of the game. An online multiplayer mode would be amazing to see as well. But for $1.99, it’s a great buy if you’re a fan of turn-based strategy games. Even if you’re new to the genre, LostStar Tactics would be a great place to start. It’s easy to understand tutorial and simple gameplay that gets deeper the more you explore it is great for newcomers to the genre.