Our friends over at ANBSoft have graciously given us 10 iTunes giftcards that each have $10.00 worth of credit on them. In case you’ve forgotten how to do simple math that adds up to $100.00 worth of money in our hands. Since we love you guys so much we have decided to hold a little contest where you could win one of these giftcards.

Entry Rules:
Example Email:
Hello Dave,
The screenshot of my review can be found in the attachment above. I also completed the optional twitter entry method and tweeted as @TheAppShack.
Optional Entries:
–After you have completed the first entry you can choose to enter again in a variety of different ways. This will cause your name to be entered in the random drawing a second time.  You do not need to complete these entries to win the prize.

Submit your entries before the 1st of March.

The App Store is finally starting to pick up speed and tonight the flood gates are opening as tons of quality titles are launching simultaneously. Check out the fine selection below.

Soul Calibur is the port of the 1999 Dreamcast version of the game and is debuting to the tune of thirteen dollars.  Though the typical Apple gamer may balk at the price tag, fans of the fighting series are probably mashing the buy button as it releases around the world.

Set in New Orleans during the era of jazz music, JAZZ certainly seems to embody how the city looked like back then. With a unique musical twist this platformer certainly looks like a great time. Check out our review of it here: http://www.the-app-shack.com/2012/01/jazz-trumps-journey-299-bulkypix-egg.html 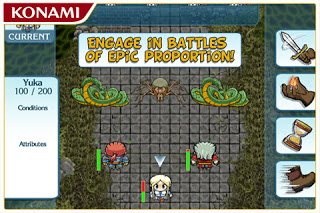 The popular JRPG Ash, now has a sequel which is surprisingly published by Konami. There are two versions called Silver and Gold. Apparently Silver gets you half off all future content updates presumably available by iAP. Gold, while being a bit more expensive, promises free content updates forever.

Looks like an interesting turn-based combat game with an interesting story.  Coming from Smuttlewerk studios, we are sure this is a top of the line game.

Free to try platformer with full game unlock for $1.99. Looks like it differentiates itslef from the other platformers with an unique control system.

Another of the many word game that have been taking the Appstore by storm over the past few weeks. From the description it seems like a combination of Bejewled, Tetris, and Spell Tower. Certainly looking forward to this one.

Also a number of other releases came out earlier today before the massive rush. Here are the ones that looked worthwhile to download:

Coming from the master of retro games, Llamasoft, this will tide you over till the rest of the releases come out and probably for the rest of your weekend! Just got it and am really loving it so far.

(Footage of Wii version)
Adapted from the Wii to the touchscreen interface, Overturn certainly looks like an interesting game.  My only worry is that the controls may not be the best. Other than that looks great!

Now it’s your turn to have your voice heard! Let us know in the comments which of these games you would like to win and we will try to secure a code for you. First person to ask for a specific game gets it IF we receive the code. You are more likely to win if the game is not as well known or from indie developers. One entry per person.


Each day before Christmas we will give away a promo code of an iOS game (apps in giveaway listed below) to two of the contest entrants. We will contact you through the method of contact from which you entered and deliver the promo code into your hands.
If you have won a code you still have a chance to win more throughout the Countdown. 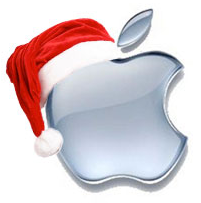 You can enter in three different ways:

Be sure to follow our Twitter account to stay up to date on what apps are included in the giveaway and who won the latest contest.

Promo Codes you could win:

We thank our sponsors that have generously donated their codes to this awesome contest.

No more Shadowgun codes are available!
Stay tuned for future contests from us, two of them are currently in the works!