It’s always great seeing something new and unique hit the AppStore. With so many new developers that have hit the AppStore over the last 4 or so years, it’s incredible that there are developers out there that have ideas that haven’t been done or taken advantage of yet. That’s the case with Jorge Hernandez’s Astronaut Spacewalk, an astronaut simulation title that has you move and control an astronaut around a spaceship right above the earth’s atmosphere. 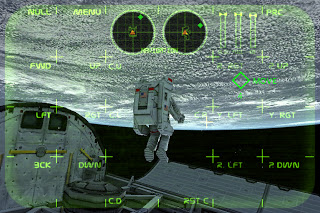 The first thing you might notice when starting up the game is the detailed controls. Going through the operation manual is something you really should do before you start playing. The controls are unlike anything I’ve experienced on the iOS as of yet. You’re given buttons which will move you up, down, forward, back, left, right, rotate you right, left, strife right, left, rotate you forward and back, and controls that will move the camera around you, however, they aren’t your typical virtual controls. On the left side of the screen, you’re given your basic movement buttons, and on the right you have your rotating, and the center of the screen controls your camera. It does take a little fidgeting around before you get comfortable with them, but once you do, the controls are perfect for the game. 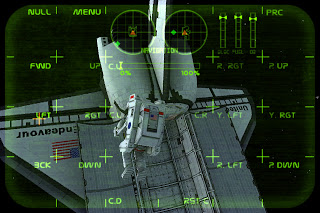 Starting off, you’ll need to guide the astronaut to various spots around the shuttle. You have a certain amount of boosters, and re-aligning energy, as well as a set amount of oxygen. If you can’t make it to all of the checkpoints around the ship with the given amount of energy and oxygen, you’ll need to start from scratch. There are also set boundaries around the shuttle, and if you leave them, you’ll need to restart as well, so no making your way from the shuttle to the moon, or re-entering the atmosphere in your suit. There are some glitches that occur if you manage to collide with the ship, and keep going forward, you can wind up getting stuck inside of the ship, unable to make your way out, but this really only happens if you’re trying to make it happen.
After the first mission, you’ll be faced with objectives that generally have you moving from one area to another, and staying there while something is fixed, attached, or checked out. You will need to align the astronaut in the correct positioning in order for this to happen, which can get quite challenging. Even further on, you’ll be making your way to satellites, space stations, and more. 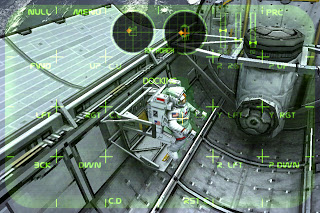 The graphics are definitely a highlight within the game, with the Earth, Shuttle, Astronaut, and space debris very detailed. Combined with the controls, physics, inertia, and basic gameplay, Astronaut Spacewalk becomes a very immersive experience. Something that also helps is the music and effects, as well as the constant background NASA chatter. Astronaut Spacewalk is really less of a game, and more of a challenging experience. Each of the 20 Missions provides unique tasks which you must complete before you run out of air and power. 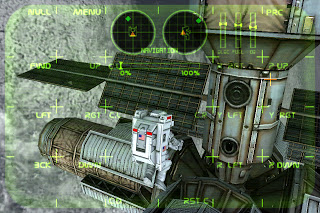 Having a launching price of $3.99, it’s a fantastic simulation title to pick up if you’re interested in something new and unique, and are up for a challenge. I can’t really see the gameplay appealing to a wide audience, but hopefully it does. With more and more people becoming interested in space and NASA, now seems like a perfect time for a game like this to hit the AppStore, but with so many casual gamers, it’ll be a hard sell. Being made only for the iPhone is another thing that will most likely keep people from purchasing it, but if you’re willing to play in 2X mode, with a little bit of pixilation, or just have an iPod/iPhone, it’s definitely a game you should check out. I can’t wait to see what Mr. Hernandez has in store for future games on the platform. Here’s hoping this is only the beginning.