Tyler’s story is continued in Clear Vision Version 1.1 – Due out early June!

FDG’s awesome sniper game, Clear Vision, tells the story of Tyler. An ordinary guy, down on his luck who decides to take up mercenary work to pay the bills, and gets a little too carried away. The game recently surpassed 1 million paid downloads, which is a huge milestone for any iOS game, and accompanying that great milestone are thousands and thousands of iTunes reviews, giving Clear Vision an average of 5 stars. Needless to say, the game is fantastic. If you don’t have it yet, you should grab it. It’s easily the most entertaining sniper game I’ve had the pleasure of playing on my PC (via the Clear Vision flash games) and iDevices. You’re able to purchase better sniper riffles, and adjust your shots depending on distance and wind speed, which is something very few sniper games take into account. 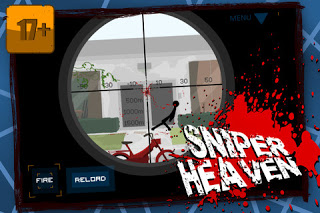 Now Tyler’s story will be continued in Version 1.1 of this awesome game, due to be released early next month (June). Since it’s an update, it will be free for everyone who’s already purchased the game. If you haven’t snagged this fantastic gem yet, and have even the slightest bit of interest in action or arcade games, you should definitely grab it and get in on the story. It’s only $0.99, and is Universal, making it a great buy… and if you’re familiar with FDG’s other releases, you’ll know the level of quality that the game will have. Check it out!