Lightstorm3D’s first foray into iOS gaming hit the AppStore about 2 weeks ago. Since then, Gene Effect has received 4 reviews, all giving the game perfect scores. SlideToPlay also gave Gene Effect their ‘Must Have’ award. It also won 2nd place on Touch Arcade’s Game Of The Week vote, placing right under King Of Fighters 2012. Considering it was up against some other big name games from big name companies (Including Lego Harry Potter: Years 5-7, My Little Hero, Dreamworks Dragons, Brainsss, Luxor Evolved, Tractor Trails and more), it was a pretty big deal. 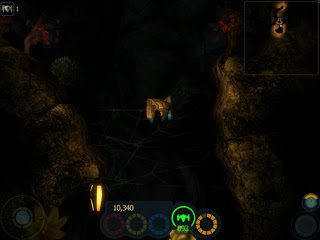 Lightstorm3D was fairly active on the TA Forums, as well as with gamers through e-mail, Facebook and Twitter, all the while, gathering information on what could be fixed, what players wanted, and just general suggestions. A couple hours ago the first update for Gene Effect went live, and believe me when I say – it’s one hell of an update! 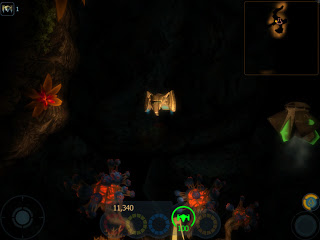 Now if that doesn’t get your blood pumping, I don’t know what will. Gene Effect has already found itself in the #1 spot on my Favorite Game of 2012 list, and judging by this update, will not be knocked down any time soon. It definitely brings console gaming to the iDevice, and offers up a large 8-12 hour campaign, depending on how many of the secret items, some used to upgrade your ship, you’re determined to find. After that, there’s still 4 medals and 2 awards for each of the 21 stages to try and grab, and a Hard Difficulty Mode which is unlocked after beating the game on Normal. The graphics, physics, music… everything about the game is reminiscent of a true console experience. So if you’re a hardcore gamer looking for games that push the iDevice forward in the best way, Gene Effect is definitely a title you need to check out. This first update for Gene Effect also proves that Lightstorm3D is dedicated to making Gene Effect one of the best gameplay experiences that they can. $5 for this now Universal version of the game is a steal. If you’re even remotely interested in exploration, adventure, action, arcade, or cave/mining games, GRAB GENE EFFECT NOW! If you were waiting to see if Retina Support for the new iPad was coming, you now have nothing to keep you from taking the plunge. My hats off to Lightstorm3D!
Also, the next update for Gene Effect will include grammatical fixes for all of the text in the game, so be on the look-out for that. Once that’s fixed, Gene Effect will be one of the very few perfect games available for the iOS.