Recently I managed to get in touch with Rion Holland over at Lab Rats Studio, the development team behind upcoming Third-Person Shooter M.U.S.E. This game is shaping up to be a down-right awesome shooter and brings back memories of arcade-style multiplier mayhem. Look for preview screens after the break.

– Can you give us some basic background about Lab Rats Studio? When did you guys form the team and what motivated you to enter the development scene?

Lab Rats Studio was formed a little over a year ago by four Wake Technical Community College students with a passion for game development. We all knew finding jobs at game studios in today’s economy would be very difficult with no experience, so we decided to do it ourselves. Lab Rats Studio was one of the inaugural companies to complete Joystick Labs’ three month game development business accelerator program in Durham, North Carolina. We all had a drive to work on our own game and have creative control over the process, which is what led us to create Lab Rats Studio. We realized that the mobile market was growing and there was not a lot of heavy competition for a game like M.U.S.E. yet.

– How did you come up with the ideas behind M.U.S.E.? Have you drawn inspiration from any other games?

As a lot of other games do, we of course drew inspiration from other games that we enjoy. We knew we wanted to create a third person shooter that was visually impressive and consisted of “console-like” shooter gameplay. We sometimes describe M.U.S.E. as a sort of Sci-Fi Max Payne set in a dark alternate present day. Others have noted inspirations from games like Duke Nukem and Gears of War. We then added on top of the shooting a layer of arcade scoring and combo systems that gives the game a competitive aspect to compete with friends to get high scores where players can post high scores to leaderboards via GameCenter or OpenFeint. We, of course, feel like M.U.S.E. is totally different than any other game out there, especially on the mobile market.

– What sort of struggles have you guys faced during the development of M.U.S.E. so far? How have you managed to overcome them?

Our biggest struggle has been that this is our first marketable game as a new game studio, so it has been a learning experience for all of us. We didn’t have a lot of time to spend in pre-production, which is a crucial stage of the game development process, that made us come up with concepts and designs within the production cycle. We also had a pretty large vision for what we wanted M.U.S.E. to be which had to be managed to make it work for mobile devices.  As an independent game development studio, we struggled a lot with money and keeping a staff of up to nearly 10 people. All of the people on our development team are extremely talented and dedicated individuals that have continued to work their butts off for the past year to make this game happen. We have managed to create this game on a shoestring budget and are very proud of what we have accomplished.

– What do you guys hope to bring to the App Store with M.U.S.E.? How will this push the iOS gaming platform further into the future?

We are bringing fun and immersive gameplay to the shooter genre on mobile devices. We took a play style that is popular on consoles and made it work for mobile devices so that people looking for a slightly more traditional “shooter” gameplay experience will feel at home in M.U.S.E. The controls have been through much testing and iteration to bring an intuitive and comfortable feeling as similar to a controller layout as possible. As briefly mentioned before, we added an arcade style scoring system and RPG inspired upgrade system to give the game some competition and replayability. Players will also be able to purchase currency via IAP for faster upgrades, or can play through the game and gain currency upon beating levels based off their scores. We are also very happy with the level of detail and quality of artwork we were able to accomplish on mobile devices that will only continue to get better as both we and the hardware continue to develop in the future.

– M.U.S.E. is looking really awesome. Can you tell us about some of the key features that we will see in the game?

– You’ve mentioned an “Adrenaline” Mode. Can you expand on that feature?

“Adrenaline Mode” is a feature we have added to M.U.S.E. that is similar to a “rage” mode in other games where Sid literally shoots himself in the leg with a shot of adrenaline and goes into a state of heightened awareness and power. First off, adrenaline is gained by dispatching enemies or destroying environment objects in game. When your adrenaline meter is full and begins to flash, you can enter adrenaline mode which will slowly regenerate the player’s health, puts an outline on enemies and destructible objects to make them easier to see, bursts the player into slow motion after kills and destruction so they can plan their next move, and puts a bloom effect on screen. While in adrenaline mode, you can extend the timer by continuing to kill enemies and destroy objects, and the longer you do so, the more your adrenaline multiplier increases (the 0.0x in the top right). Every kill in adrenaline mode is multiplied by this value, so kills 60 seconds into adrenaline mode will yield 6x the normal score value, and then multiplied again by whatever your current chain value is.To put it simply, each enemy and destructible has a base score value that is multiplied by the value of the combo chain, and then again by the adrenaline multiplier if you’re in it. So if you kill a Vorg Zed Ultra (base score 700) with a 3x combo chain when the adrenaline multiplier is at 2.5x, you’ll net 5250 points. Adrenaline mode is both an emergency lifeline for those that are about to die and need that extra boost, and a high-scoring method for the elite player that is trying to top their friends’ high scores.

– When do you hope to release M.U.S.E.? Have you discussed a price point?

M.U.S.E. is planned for release in December 2011 just in time for the Holidays. We plan to price the game within the same realm of our competition.

– What does Lab Rats Studio have planned for the future?

We plan to put out a content update for M.U.S.E.: Episode 1 about a month after launch that will include two more levels and a final boss fight level to complete the episode. There will be some added enemy variations and possible new upgrades and weapons to use. After that, we plan to continue the game through three episodic installments to complete the franchise. We are striving to be a premiere cutting edge game development studio on the mobile market. 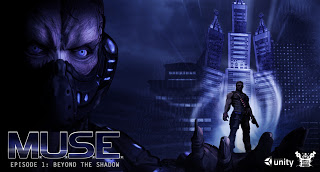 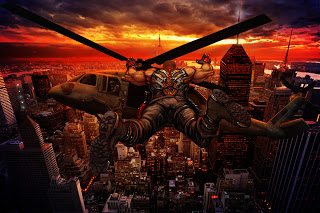 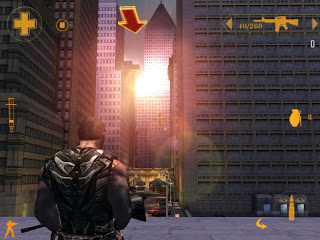 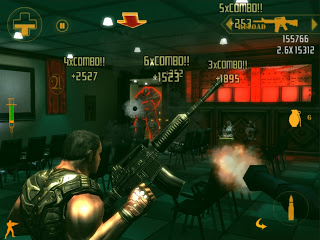 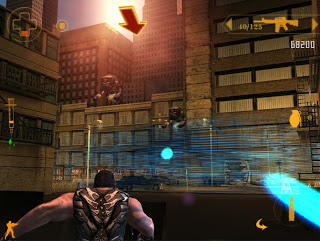 We really appreciate Rion and Lab Rats Studio taking the time to chat with us about M.U.S.E. To learn more about M.U.S.E. and the studio, check www.labratsstudio.com and follow them on Facebook and Twitter!