The Champions of Champions video slot hits home hard at its exclusive launch with Gala Coral casino. The slot’s game play offers a high-octane energetic play, and martial arts featured in an arcade style hand-to-hand combat theme. It is a result of the first co-operative efforts between its creators at AppleJack Gaming, Coral Interactive, and Odobo. Players can engage in slots entertainment on a 5 reel, 20-fixed pay-line gaming mechanic, offering piles of high-energy action with 3 bonus features. 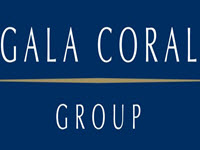 The slot’s anime stylized graphical art provides the slot with a unique individuality, the vibrant symbol characters together with a distinctive styling add to the power of its storyline. The excitements in this slot comes from the same challenge as in any classic arcade styles, the game’s ultimate aim being to defeat a big end of level boss, Yoshinobu. He has an iron grip on his undercover crime syndicate and according to the storyline, derives his own power from spirit energy siphoned off the wills from brave combatants, ultimately seeks total world domination. There may only be four fighters with the strength to face and defeat Yoshinobu, that fighter might be a Champion of Champions.With three Versus bonus symbols appearing on one active pay-line triggering a Champion’s Bonus round. Here players are required to control the warriors over a classic four-stage combat summiting in the Yoshinobu fight. The Golden Dragon bonus triggers randomly to ignite its symbols on a sensory overload explosion to turn these symbols wild, bringing home several major wins during its base game. The slot’s third bonus round a free spins where each spin lands wilds on reel 2,3, and 4, with additional re-triggers possible.