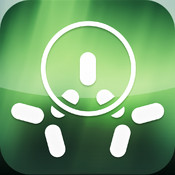 It’s a shame that, with the amount of games on the AppStore, there really are very few development companies that can continually surprise and impress gamers with their releases. Granted, this number is starting to grow, and the future does look incredibly bright for iOS gaming, but we all know that that really depends on the market, and who can stick to their guns, deciding to not start making freemium IAP monger type games that are taking over the charts. I’ve felt this way for a while, but this week was an incredible week for iOS gamers, and has put a lot of that oomph back into our hearts. Aside from the best Action RPG to hit the iDevice, an amazing Physics-Puzzler, an incredible, and unique firefighting game, we received one of the most innovative, original and pure Puzzlers as well; Cipher Prime Studio’s Splice: Tree Of Life. If you’re into Puzzlers, Cipher Prime is responsible for the awesome iPad titles Pulse: Volume One [$2.99], Fractal: Make Blooms Not War [$4.99] and the iPhone game, Auditorium [FREE], each of which receiving great reviews with all but Fractal earning multiple awards. 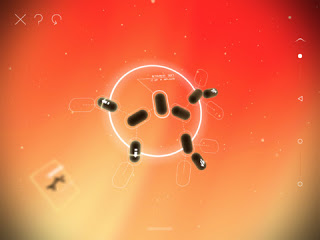 With all of that in mind, our hopes and excitement for Splice: Tree Of Life was incredibly high, and after playing through the first couple levels of the game, once I started to understand the mechanics, I was hooked. There is no tutorial in Splice. There is a ‘?’ that can be tapped at any time during gameplay, containing 3 screens of instructions, but chances are, you’ll still need to mess around throughout the first world before you really get a handle on everything that’s going on. 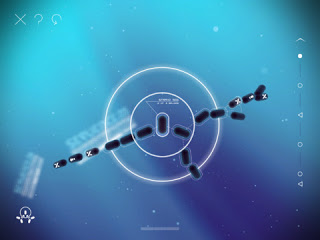 The goal of Splice is to align microbes in the outlined pattern in the given amount of moves. In order to do this, you’ll need to drag-n-drop the misaligned microbes, attaching them to the one center microbe. Once you pick up a microbe, light grey outlines appear in places where you can attach it. If you don’t place it in one of those outlines, the microbe will jump back to where it originally was before you picked it up.
There are some microbes that have white symbols on them. These microbes, and sometimes, microbes attached under them, can be mutated depending on what symbol they contain. Some have an arrow that’s split in half, these can be mutated to split into two separate microbes, side-by-side, mutating all microbes connected under them as well. Another type has a regular arrow, and these mutate into two microbes as well, however, these mutate by splitting down so that the second microbe is directly under the original one, and these do not effect any microbes attached under them. There is also an ‘X’ symbol, which destroys that microbe, as well as any microbes attached beneath it. Once you hit World 6, you’re able to let microbes float. Here, the grey outlines don’t really matter, as you can  place microbes out on their own. You’ll also come across stages where you’ll need to pull microbes that are out on their own into the design. 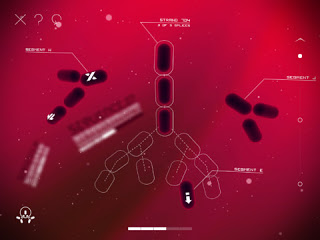 There are 49 original stages spread out across 7 ‘Sequences’ in Splice: Tree Of Life, with each stage called a ‘strand’. Once you complete these 49 strands, you’ll unlock the Epilogue. Here, there are 4 more Sequences, each with 7 more strands, for a total of 28 additional levels. These Epilogue levels are incredibly challenging, with fairly large strands to solve, using all of the mechanics from the original levels. Adding to this great challenge are ‘Angelic’ solutions. Each stage, having a certain number of moves available to complete the strand, has a potential ‘perfect’ solution, requiring less moves than that that are given. All of the levels are challenging enough, not to mention the insane difficulty increase when you move on to the Epilogue levels, but solving each and every stage with the Angelic solution should prove to be a challenge that not everyone can undertake. However, if you do get stuck and would like to know how to solve a particular strand, Cipher Prime’s website has posted all of the solutions via YouTube. 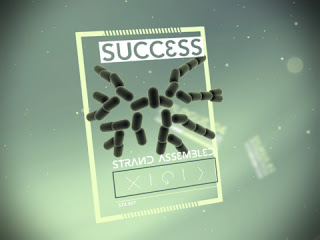 Like Cipher Prime’s previous releases, the graphics and atmosphere in Splice are phenomenal. The animations and movement for each microbe blends together seamlessly with the other microbes, as well as the movement of your fingers on the screen. This, combined with the beautiful soundtrack make for an incredibly immersive puzzler. You can also listen to and download the soundtrack on Cipher Prime’s bandcamp page, or check it out below.
GameCenter is supported, and includes 18 achievements (2 of which are hidden), which will only be unlocked by the best players. Unfortunately, there are no leaderboards, so competing with friends to see who can solve an entire Sequence the fastest will have to be done manually. 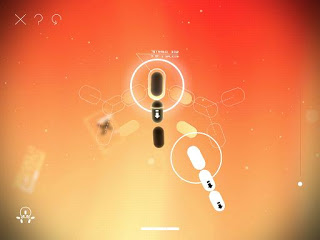 Priced at $3.99, Splice: Tree Of Life, is a steal. Awarded as the Best Puzzle Game of 2011 via the Intel Level Up Contest, and including hours upon hours of gameplay and mind-wrecking puzzles, it’s easily one of the best puzzlers available on any gaming platform. If you’re looking for a new and unique game that will provide you with an insane challenge, look no further. Cipher Prime has done an incredible job with the creation of this title, and I feel lucky to be able to have a port of it available in the AppStore, for a fraction of the PC/Mac Version’s price. Splice is a wonderful experience that should not be missed.