Action RPGs have quite a fan following in the AppStore. I’ll admit that since Hybrid and Zenonia, I’ve been hooked on them. But there comes a time when the same thing over and over again becomes dull, and with the crazy amount of Action RPGs available for the iOS, it’s no surprise that seemingly everything that can be done with them has been done, and, aside from an interesting story, the genre is in kind of a slump for the time being. Fortunately, there is light at the end of the tunnel. South Korea’s own Oozoo Inc., a new studio on the iOS gaming scene, has given gamers a very interesting new Action RPG title, Brandnew Boy, developed with one of the best engines available, Unreal. 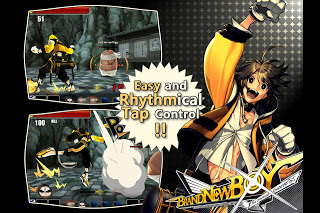 Brandnew Boy is the story of Rookie, a young boy who’s lost his memory, but happens to have a little TV robot to help him out. As you’ll quickly find out, to figure out who you are, where you are, and what has happened in your past, you’ll need to fight. Various enemies are attacking you for no reason, but you appear to have what it takes to survive, and find yourself. 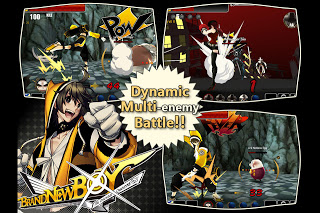 Brandnew Boy is a 3D game with 3rd person view, something that’s rarely done with iOS RPG titles. What makes Brandnew Boy really stand out is the combat system. To attack an enemy, you just need to tap on them, and then tap in time with the attack animations. There’s also a gauge at the bottom of the screen which lets you know when the optimum time to tap is. This isn’t required, but tapping right when you hit an enemy results in a lot more damage. Once the enemies are about to attack you, an exclamation point appears above their head. To avoid their attack, you can swipe on the screen in any direction, and Rookie will dive out of the way. The movement controls are simple as well, tap to move, and swipe on the screen to change the direction of Rookie. To stop moving, simply tap on the screen again. These controls allow for a clean UI, and work great. 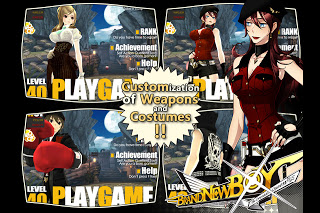 There are two game modes to choose from, Scenario Mode, which is the basic campaign/story mode, and Infinity Mode, which lets you battle it out with various enemies, trying to get the best score you can before you die. As you can imagine, the graphics are top notch. Oozoo Inc has done a fantastic job creating a wonderful world with vibrant colors, loads of detail, amazing animations, and great character designs. The music and effects also help to create an incredibly immersive gameplay experience. 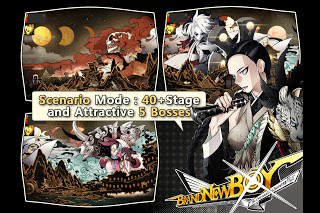 As you level up, and your stats increase, you’re also able to unlock and purchase more items from the shop. Here, you can buy various gloves, shirts, accessories, skills, rings, potions, and more. There are IAPs available, but you can earn quite a few coins just by going through the stages, and playing in the Infinity Mode. You’re also able to replay levels, which is great, because if you get stuck on a stage that’s too difficult, you’re able to go back and earn more coins, and maybe level up some more, increasing your stats. 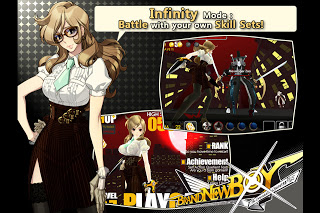 Brandnew Boy is above and beyond, one of the best Action RPG/3D Action-Combat titles available for the iOS. The great graphics, and superb gameplay offer up a fantastic gaming experience. For $3.99, it’s a great buy for anyone remotely interested in Action RPGs, and a must buy for fans of the genre who have gotten tired of the same old recipe developers have been using. Including 99 achievements 6 leaderboards in GameCenter, coupled with the Infinite Mode, there’s endless replayability. Right now, Brandnew Boy is on sale for $0.99, so it’s an even better time to snag this great game. With more updates in the works, I can’t wait to see what Oozoo has in store for us in the future.