Recently we got a chance to chat with Derek from Ravenous Games. Yes, this is the “team” that brought us Cave Run, and the iOS version of League of Evil. I was thrown off by the fact that Derek is running a one-man operation at Ravenous Games, and that makes his work that much more incredible. Enjoy the read!

– Tell us a bit about the Ravenous team.
How did you guys get together?

Ravenous Games is
currently a one man indie operation. I work alongside other indie teams and
sub-contract as necessary.

Wait, so it’s just you at Ravenous Games? I thought for sure you had a team put together. So what did you do before entering the iOS scene?

I’ve always moonlighted doing game development but before doing it full-time I was a web developer.

– Where did the idea for League of Evil come
from? Can you lay down the story line?

Woblyware is
responsible for creating the original League of Evil. Ravenous Games came along
and pretty much did a straight port of the Flash game and helped build some iOS
exclusive content with no real direction for the story. For League of Evil 2,
BulletProof Outlaws came up with a GREAT story line and illustrated a whole
bunch of comic book pages. The game actually feels much more rewarding knowing
there is a plot backing it.

The one-man army thing kinda fubared my question. But that is really cool. How did you team up with Woblyware to port League of Evil in the first place?

When we finished our game Cave Run and started looking for another game to port over to iOS we came across League of Evil online and contacted the authors.

– In the original League of Evil, some of the
goal times were a pretty hard to beat.  How are those times decided upon?

Woblyware and Ravenous
played tested the levels and did our best to estimate a good average level
time. For League of Evil 2, we actually averaged beta testers level times and
perform some analytics on the save game files to help determine a difficulty
curve. The results is much better progression during the chapters and more
reasonable level times.

– What made you guys decide to drop the big
pixels and go with a more HD look? Are you guys targeting the same audience in
League of Evil 2 as in the original?

We are looking to
cater to a wider audience this time around with League of Evil 2. We know we
won’t be able to please everyone but we are thrilled with the new look!
Hopefully the original fans will appreciate it as well. We know we will lose
the hardcore pixel-junkie fans for the sequel but gameplay is king and League
of Evil 2 is still has the same great gameplay (and controls) as the original.
We took extra care to make sure it plays as well as the first game but honestly
believe this game is superior in every way possible.

– Judging from the
screen shots, Bulletproof Outlaws has done an amazing job with the HD overhaul.
How did you guys pair up for this project?

Jeff and I have worked
on projects in the past. He’s an incredible artist and did a fantastic job with
the art on League of Evil 2.


– Finally, what’s next
for Ravenous Games? Will the League of Evil series continue, or are you guys
going to move on to a new game altogether?

A million thanks to Derek at Ravenous Games for taking the time to chat with us! We hope you all enjoyed the interview. Stay tuned for our review of League of Evil 2 coming in the next few days! 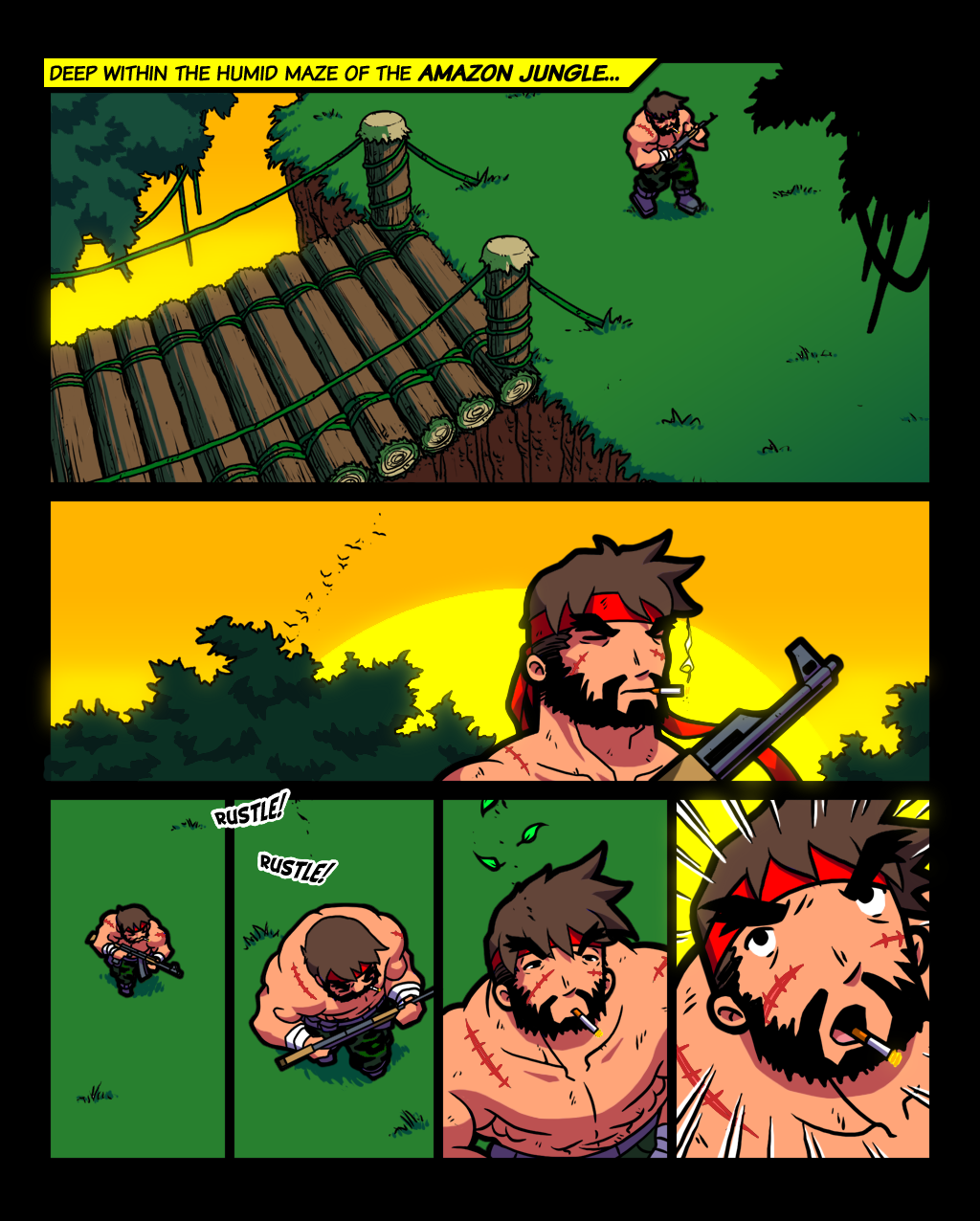