Dungeon Crawlers, an upcoming tactical RPG from Ayopa Games and Drowning Monkeys, shows quite a bit of promise. From what we’ve seen so far, this game is just as much about dungeon crawling as it is about laughs. 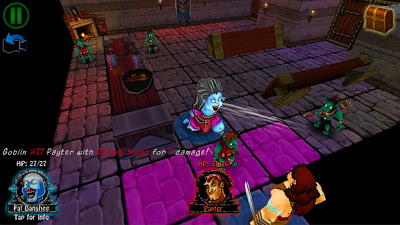 The cast of characters consists of an alchemist, a priest, a barbarian, and a drunken dwarf warrior. It’s a strange party, but it goes well with the quirky personality of the game.  If you think about the style of the game for a bit, it seems somewhat reminiscent of “The Ghostbusters”.  This makes sense, since you are clearing out dungeons of ghouls, gunges, goblins and more.  The humor in the story is what really makes the game a blast to play, and you definitely shouldn’t find yourself playing this game stone-faced. 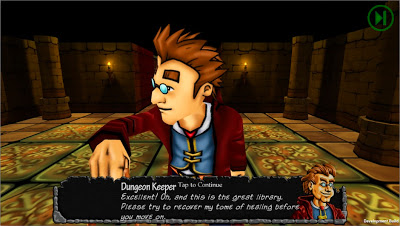 From what I’ve seen so far, gameplay is standard turn-based dungeon crawling.  There are two modes, exploration mode and combat mode. In exploration mode, you are free to “explore” the level without any limitation on the number of moves you can make. Movement is simple, tap where you want to go and a path will be drawn. Tap again to confirm the path and you are on your way. When you run into a mob, you automatically enter combat mode. This works just as any other turn based game would.  Move your characters around and choose an attack. You can only make one move/attack per turn, so some thought will be required. 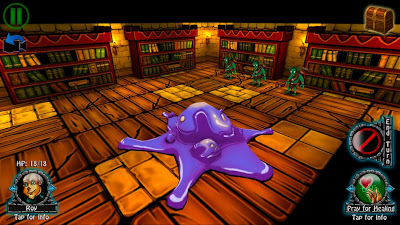 There are also some RPG elements implemented such as character leveling, and different unlockable skills. As you kill mobs you eventually level up, earning points to spend on upgrades. This gives the game depth that can’t be found in many dungeon crawlers.

If you’re looking for a dungeon crawler that will make you laugh while you loot, you don’t have long to wait. Dungeon Crawlers will be launching January 26th for $1.99 as a universal game. Here’s the nitty gritty details about the game along with the awesome trailer.