Some fresh news has arrived from the folks over at Sega. In an interview with Gamespot, Ken Balough from Sega officially announced the second episode of Sonic the Hedgehog 4.  The first episode came out over a year ago, and number looks to have some huge changes.  First, there will be some huge behind the scenes work as Sega is using a brand new graphics and physics engine.  Along with that, Tails makes an appearance (as apparent by Ken’s awesome facial hair). Sonic the Hedgehog 4: Episode 2 should be out some time in 2012, but until then get excited with the teaser trailer above.
Sonic & SEGA All Stars Racing is FREE!
On a large side note, Sega is holding quite the sale. The must-have here is Sonic & Sega All Stars Racing, which has dropped to the unbelievable price of $0.00.  This is one of the best kart racers on iOS and I’m not really sure what’s going on in your head if you don’t download it at that price. Enjoy the sales, we’ll be back with more news soon. 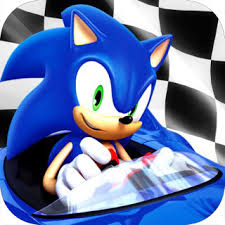