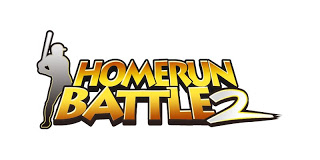 More than likely you’ve heard about one of Com2uS’ most popular games called Homerun Battle 3D! If you’re a fan of the original then you’ll probably be stoked to hear that a sequel is almost here! If you follow Com2uS on Twitter (http://twitter.com/#!/com2us) then you more than likely already heard that the Homerun Battle 3D 2 beta testing has just wrapped up. I was lucky enough to be included in the beta and trust me this sequel is AMAZING! I’m not going to give to much information away because I don’t want to spoil the game, but I will let you in on the new single player mode that I just can’t stop playing. This mode is called Burning. In this mode you get a set amount of time to get as big as a score as you can get. You get scored based on perfect hits, great hits, and good hits. There’s no score for bad hits. Getting combo streaks also increases your score. Towards the bottom of the screen is a burning meter. Each good type of hit raises it until you max it out and get into burning mode. That’s the only mode that I’ll let you know about, but in the beta I found the game to be much more smoother than the first and is definitely a fantastic step up for a sequel. At this moment there’s no word on price or whether there’ll be separate versions for the iPhone and iPad, or if it’ll be a universal app. The game should be out sometime next month (November). So, look out for the game and we’ll have a full in-depth review right around the time that the game is released! You can look below to check out a poster that Com2uS released for the game. 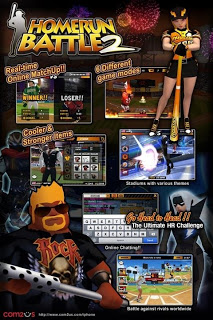 Tweet
Most people may remember the very popular Com2uS game called Homerun Battle. Well if you’re a fan of that game and you’ve been waiting for a sequel, then you’re in luck! Com2uS will be conducting beta testing for the sequel from October 12th through the 20th. Recruiting started September 30th and will conclude on the 7th. If you’re lucky enough to get in then you should be receiving an email on the 10th stating that you’ve gotten in. You can check out how to apply and all that good stuff directly down below.