What We Know About Samsung Note 7

Many of you reading the heading would wonder what’s happened to the idea of the Note 6. Well, you’re not alone. The company seems to have decided to skip the Note 6 and jump to the Note 7, which could be to get their Samsung Galaxy and Note launches to represent the same mobile (Galaxy S7 and Note 7).

Samsung is expected to release the actual reason in New York on the 2nd of August this year, which is also where and when they will be releasing the latest Note 7 device. There are many possibilities for the latest device that we are sure will impress as Samsung has always managed to. The most reliable rumors include a number of impressive features, but as we all know, these could be included or simply not. However, here are the latest rumors we’ve heard about the phone. 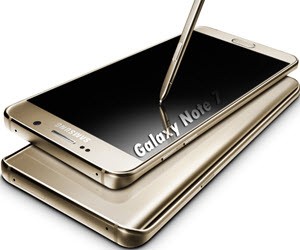 Firstly, the screen is expected to remain at the 5.7 inches is currently is. This was expected as a bigger screen, means a bigger phone that makes it a bit too big and more in line with a tablet. The current screen size is huge but is still perfect for a device that can be carried around and handled with one hand (if your hands are a bit bigger). Security feature will also definitely be upgraded and since the Note devices always outshine the Galaxy, we might just see the first Iris eye scanner security device. This means the phone would scan your eye to identify you and unlock the phone.

There has been talk that the Note 7 might have the same curved screen as the S7 Edge. However, we aren’t sure this would actually happen as it would make the devices a bit too similar. The Note has become popular as the business phone from Samsung as users have a stylus to navigate through the device and pin on very specific items around the screen. Another factor that comes into play with the Note 7 having a curved screen is how the stylus would be incorporated with the screen and what new options will be available. However, we doubt strongly that Samsung would only allow a screen size and stylus to be the differences between 2 of their latest devices.

The phone is also expected to feature complete new software. Samsung has always used TouchWiz to keep their phones unique while also offering Android software and apps. The company might just get rid of TouchWiz all together and bring in a new form of software to once again make their phones completely unique, but could also present the same problems many users experienced with the earlier Note devices that presented issues and glitches with TouchWiz while it was new.

As mentioned above, the phone will be presented for the first time at the New York Samsung Note 7 Unpack event. The phone will be available to the public later in August, which might not provide the company with the numbers they hope for as the iPhone 7 is due in September.