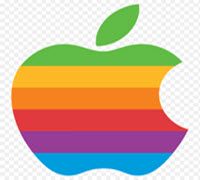 Mobile gaming have come a long way and grown into a resounding success story, still current mobile gaming controls leaves a lot to be desired, there’s something unnatural about the current methods of controlling spaceships, football players, and cars on touchscreens. Apple might just be coming up with their pipe-lined novel solution of utilizing a newly designed home button on its devices that would do double duty as a miniature gaming joystick.

Patently-Apple published their new patent rights showing a home button that would pop up on player demand allowing for a more analogue granular control within games as well as other apps. If the Apple hardware developers could manage that their new patent works in conjunction with and alongside the current Touch ID circuitry, the development team would have pulled off another hugely impressive engineering feat. One of the great advantages of this patent is that thumbs and fingers would no longer be obscuring the limited screen real estate available on mobiles, nor would it suffer from the total lack of tactile device feedback.

The newly patented home button would offer two modes, the first mode would have the button working as a conventional current generation home button and the second mode automatically activates when the joystick pops up to provide control on three axes, the modes would be switchable as required. The new home button would remain flush as in current designs, thereby preventing the ruination of the attractive aesthetics that Apple products have become known for, while still protecting all the sensitive circuitry underneath by keeping it well protected. This patent is with millions of others might never see daylight, it only gives us an idea of the direction Apple is thinking of moving in, it nevertheless represents a unique and possibly breakthrough step forward in mobile gaming.