As part of its seventh birthday celebrations Win A Day announced the launch of their new dinosaur themed mobile slot called “Lost World”. Lost World invites players back to the prehistoric ages, a time when dinosaurs ruled the earth. The video slot offers 5 reels featuring 20 pay-lines, packed with shifting-reel free spins, wilds, win multipliers reaching up to 5x the wagered amount, and expanding wilds. Outstanding graphics display a variety of dinosaur symbols including raptor claws, triceratops, dinosaur eggs, and brontosaurs amongst other dinosaurs. 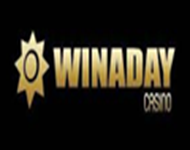 Shifting Reels Free Spins rounds trigger when three or more bonus symbols appear and activate with both expanding and normal wilds. Awarding up to 15 free spins, depending on the dinosaur collected at the beginning of the round. Shifting reels cause the leftmost reel to disappear and the remaining reels shift over one place to the left, joined by a completely new reel on the right, which causes winning symbols to become sticky and build up to multipliers of up to 5X for the next spin. The game allows spins with no winning combinations to still be lucky, as up to six symbols could be replaced with another, allowing additional winning opportunities. The T-Rex acts as the wild symbol and the most exciting feature allows the reels to shake when no winning combinations are present, allowing a dinosaur to swallow six symbols, these gets replaced with another symbol to allow additional winning chances.

Lost World video slot is available for play at Win A Day, which develops its own exclusive games. Casino Manager Michael Hilary shared that when he was young he loved dinosaurs, and that Jurassic Park was his favourite move, so he really enjoyed watching the design crew develop this new game offering great graphics and amazing new features.