The iconic series of branded Wheel of Fortune titles proved to be a highly profitable range of slots, with nearly 30 slot machines in gaming sites globally, based on the acclaimed TV game show responsible for its name. 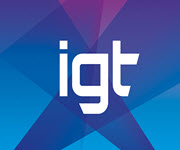 The Wheel of Fortune it turns out was simply one of their most popular slots, with the result that it was an automatic choice for software re-engineering to afford mobile compatibility to all iOS and Android bettors. IGT enjoyed so much success with its range of 720 ways to win titles on mobile they ultimately released an exclusive mobile only slot, by ways of the magnificent Sushi Yum Yum, not forgetting an honourable mention to a world favourite, their Siberian Storm video slot.

The Wheel of Fortune Triple Extreme Spin video slot offers a 5 reel variable row 720 ways to win reel-set with no standardised pay-line structure and their bespoke MultiWay Xtra feature, where wins can continue to be formed provided there remains matching symbols in the adjacent reel from its left side. Over and above this, IGT saw fit to introduce quite unique bonus offerings on this version of their Wheel of Fortune series of slot titles. Firstly, free spins were replaced by two click-me plays, during its pretty frequent Mini Wheel bonus players could win up to 77x starting wager. The lesser activated Triple Extreme Bonus offers players a delicious 2919x starting wager.
The slot features an original sound track, matching the spinning wheels and intro music while loading and waiting for game play. The wild, illustrated by an oversized red Wild logo, joined by two scatters, the first depicted by an oversized Scatter logo, the other being its Triple Wheels, with each scatter activating different feature plays. The Triple Extreme Spin Bonus, activated by three or more Triple Wheel scatters appearing anywhere on the reels, to offer the pick-me envelope play. The Mini Wheel Bonus, activated by three or more scatters appearing anywhere on the reels, the wheels will spin revealing coin prizes.

This game is live and ready for play with mobile casinos offering IGT titles.