It’s not too often you can come across an RPG title which is unique and has an interesting story. Winner of Bytten.com’s ‘Most Addictive’ Game Award for 2012, Fall of Angels, developed by Kevin Mitchell (who previously worked for Eurocom Entertainment Software and IBM) and Lee Pattison, is one of the few RPGs available in the AppStore which falls away from the typical cutesy plots and cartoonish graphics resulting in a terrific turn based/real time RPG with a memorable story, unique graphics, and great gameplay. 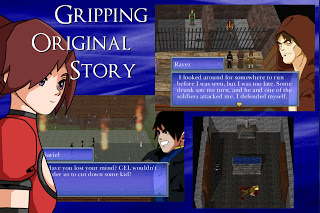 Starting off, you’re shown a cut-scene with some sort of object appearing out of nowhere and  shooting through the sky, crash landing somewhere off in the distance. Next, there’s a dialogue sequence between a soldier and commander who’s forces are trying to break through the borders of the land where they believe the object has landed. You come in during the battle as Sariel, a member of CEL, an elite worldwide force working for the religious powers within the world of Fall of Angels. 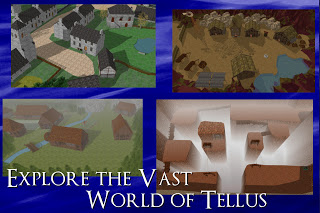 The controls are presented nicely, and easy to use; A floating joystick, run button in the lower right corner, and the menu button in the top right. Battle controls are clean and also very simple to use; Tap on the character you want to use, tap on the action, Attack, Skills, Action or Items, and then tap on the enemy you want to take action against. If you would like to use your typical attack, you can just tap on your character 3 consecutive times, and he’ll automatically attack the enemy.
The fighting is Turn-Based, but only to an extent. Your character’s can only attack after a cool-down, but there is no break in the battle. If you don’t attack right away, you could wind up being hit numerous times before you get a hit in. This makes the battles more action oriented, and pretty unique. Each of the battles you enter is basically voluntary. You’re able to see each of the enemies and animals on the map, so there are no hidden/random battles. Graphically, Fall of Angels looks like an old-school PC title; 2D sprites set against 3D environments. This does make for some hard to find pathways that are hidden behind trees or walls, but I’ve never wound up feeling lost or stuck. The environments are nicely detailed, and easy to tell apart. Animations are decent enough, though the running animation looks pretty weird, and some of the stances that the characters take look awkward. But it consistently gives you the feeling of an old-school RPG, which I absolutely love.
As you make your way through the game, you’ll be able to collect tools which you can equip and use to complete puzzles, and side-tasks, as well as collect various objects. The interactive puzzles are a nice addition to the game, and even though they take you out of the core gameplay, they don’t distract from the immersion. 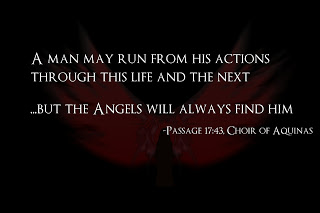 Priced at $2.99, but on sale at the moment for $1.99, and available for the iPhone/iPod, you’ll need to play in 2X mode if you’re on your iPad, which is kind of a bummer. The environments don’t wind up being pixilated, but the character sprites do. Hopefully an HD or Universal version will be released in the future. The developers have said that Fall of Angels is only the beginning of a wider story arc that’s already been written, which is great to hear. The AppStore could definitely use more RPG titles like this. If you’re a sucker for old-school RPG games, Fall of Angels has one of the most interesting stories you’ll find in an iOS title, and interesting combat+puzzle mechanics. It’s one you should definitely check out.