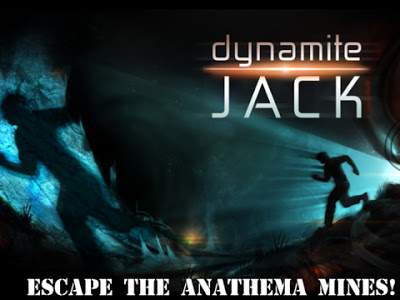 The first stealth game I played on my first iOS device was Silent Swords. Since then, the stealth genre hasn’t really gained much ground in the AppStore. It’s not something fans of the genre aren’t use to, good stealth-based games don’t come along too often, and on the iDevice, we’ve only got a couple available to us. But  thanks to Hassey Enterprises, developers of the iOS version of Galcon, we can add one more title to the list of so few; Dynamite Jack, a new iPad only stealth game where you control Jack, a captured space marine who was forced to work in the mines can only use bombs and a flashlight to escape. 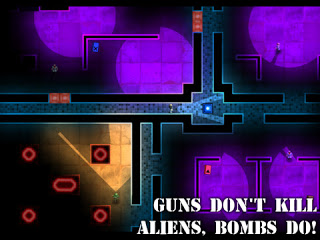 Don’t get me wrong, there are many more items that Jack can use during his escape, but your two main resources are your flashlight, and an endless supply of bombs which you can use to break through walls, and destroy enemies. You’ll also need to find and collect keycards, data chips, crystals, and more while figuring out how to move through each section of the mines without being spotted.
There are two control setups in Dynamite Jack, a virtual joystick which can be fixed or float, and a line drawing option. If you’re more comfortable with the Spy Mouse or The Nightworld setup, you might want to use the line drawing controls, but for those of you who prefer it, the virtual joystick is a great option, even though it can be kind of finicky with movement, especially if you choose the floating joystick option. This can sometimes get frustrating when trying to quickly hide from guards or quickly place a bomb. With both control schemes, you’re also given icons for turning your flashlight on/off and placing + exploding your bombs. 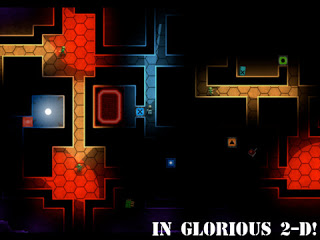 You’ll have to be careful as to when you have your flashlight on, as it can draw the attention of the mine supervisors, and their only job? Shoot on sight. Not only do you need to be very cautious with your flashlight, but also your bomb placement. Since bombs also draw the attention of the supervisors/enemies, and you’re only able to place one bomb at a time, not being able to place another one until you set off the one you’ve already set, placing a bomb in the wrong spot can get you killed. You’ll need to figure out where exactly to place a bomb so that you can be far enough away, but also not be in the line of sight of the guards as they come over to inspect the loud boom they just heard, and maybe be able to place a bomb between them and their designated lookout area so that you can kill them on their way back to patrol. 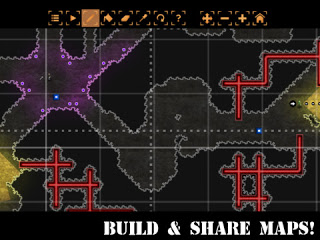 What really stands out, aside from the fact that this is quite possibly the best stealth based game I’ve played on the iOS yet, is the fantastic level design. Needing to explore, and being forced to use your flashlight, even in the most inconvenient of times in order to figure out where to go, or how to reach a certain item is fantastic, and adds a ton of challenge and difficulty to the game.
With 28 levels, the game may seem short, but there’s plenty to do even after you’ve completed the game. Each stage has 3 objectives which are optional, but which add to the replay value, or, if you’re determined to snag them all the first time through, add a crazy challenge to the game. These objectives include beating levels in a certain amount of time, getting through levels without using your flashlight, collecting all of the crystals, leaving all of the guards unharmed, collecting all of the data cartridges, beating a level without dying, detonating a certain amount of bombs, and loads more. 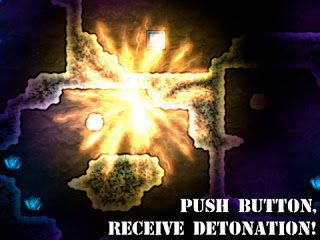 Also adding to the replay value is GameCenter integration which includes 13 hard to unlock achievements. There’s also leader boards for speed run times on every level within the game. Here, you can go against your GameCenter friends times, as well as compete with players around the world. If that isn’t enough, there’s also a level editor, which lets you create levels, and community area, where you can share your levels as well as download maps from other players.
With Dynamite Jack priced at $2.99, and definitely standing out as one of the best stealth games available for the iOS, it’s a must buy for fans of the genre. I’d consider it the best if the controls were tightened up a bit. But even if you’re not into stealth games, Dynamite Jack provides a great challenge for casual and hardcore gamers alike, and is definitely recommended.