Back in December, we heard about an upcoming platformer of sorts named Heroki from Picomy Games.  From the info that we have, Heroki won’t be your standard platformer.

The game will be based around a flying mechanic, giving players greater freedom to go where they please.  One detail that I want to hear more about is the ‘Flow Motion Control’ scheme. This sounds like a streamlined virtual control scheme which, if it works well, should make the game totally awesome.

The reason why I call Heroki a pseudo-platformer is because there it sounds like there is so much more to it.  Apparently, there will be 5 large worlds to explore.  In each world Heroki will learn a new ‘ability’ which will then drastically alter the gameplay.  This aspect of the game is very intriguing and I can’t wait to see how it all pans out.

Also, at any time in the game Heroki will be able to warp back to a “home base” called Levantia which will house NPC’s and shops.  While in Levantia, you can perform side quests like treasure hunts as well as buy/sell things at the shops.

Heroki really seems to be shaping into a huge project and I will be eagerly following the game’s progress.  Let’s all hope Picomy Games comes through with a major success on this title. Until we hear more info, enjoy the console-esque artwork showcased in the screens and teaser trailer. 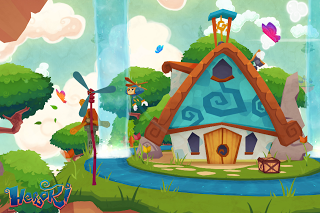 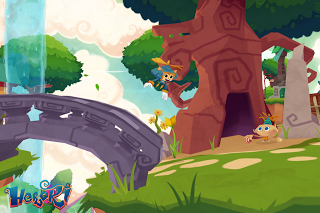 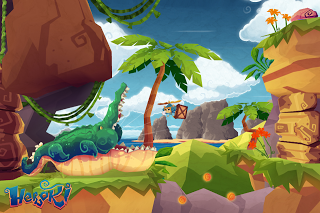 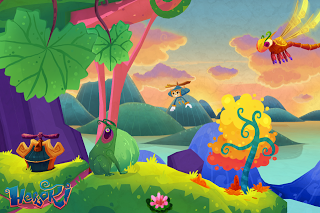