﻿
‘Crazy Hedgy’, developed by Cybertime Games, is the first great 3D platformer available on the App Store. In it, you play as the delightable hedgehog Crazy Hedgy, traveling through three well-crafted worlds. In each level your goal is to get to the end, but also to collect gems and the three hidden coins. Full of life and variety, Crazy Hedgy doesn’t disappoint as the first true 3D platformer for iOS. 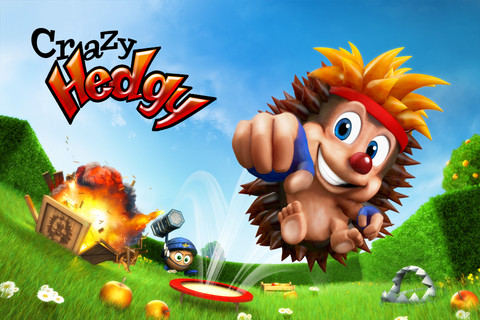 Controls: 5/5
﻿As far as platformers go, it’s essential to have great controls. On the app store, tilt controls hardly ever mesh well with a platformer, as accelerometer controls don’t provide the layer of precision required. Crazy Hedgy is just the opposite, giving you more intuitive controls than a virtual joystick or virtual buttons could ever work. I’ve found that, when required, you can roll along a tiny ledge, grab a coin, then flip around while on the very edge, and make it back safely. The rest of the controls along with this are very simple as well: touch the left side to punch and touch the right side to jump. When unlocked, you can also use special moves that allow you to do different attacks, like the ‘grab’ upgrade, which lets you pick up Spankos and throw them. The controls have yet to fail me once, proving to me that accelerometer controls can provide the incredible precision needed in a platformer. 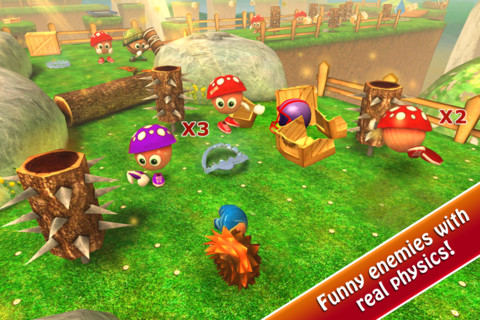 Content and Variety: 5/5
In ‘Crazy Hedgy’ you fight through more than 35 very large levels, which takes a very long time to complete. Inside each level are a large amount of gems that need to be collected to purchase upgrades and gain a better score. Also hidden in each level are three coins, often found in the toughest parts of the level. These coins are the only way to unlock more worlds, and also the key to unlocking upgrades in the shop. These upgrades feature anything from unlocking new attacks to buying better bubble gum (which can actually be a lifesaver in the game).  There’s a total of seven items in the shop, each with four or so upgrades per item. For those that hate In App Purchases, have no fear: there are no iAPs anywhere near. The upgrades in the shop don’t feel like a grind to reach them either; each unlock feels like it was timed perfectly to coincide with in-game progress. Another interesting addition in the game shop is magnets, which grab collectable gems (the currency in the shop) and even increase the value of each gem. That means that even after playing through all the game’s levels, you can also replay levels for a higher gem score. One tiny gripe with the game is that the previous score on a given level isn’t easily accessible, though when you get a high score on a level it does let you know at the end of the level. The total score from all levels is compiled in a single Game Center leaderboard. There’s also a fun arena mode, which sticks you up against varying waves of enemies, giant mines, or other obstacles in a small arena.
The game also features a ton of variety. From level to level you’ll face different enemies, bosses, traps, trampolines and far more. Even getting near the end of the game, it still managed to throw new elements into it. The many upgrades in the shop also create more interest in playing, as each one gives you something fun and new. Each level is well designed as well, including wildly different elements in each level. Each world is also very unique, with a new look and more types of obstacles and ingenuities. There’s also numerous ways to kill enemies, from causing them to get in a fight with each other to hitting them into a trap. Often times the key to killing a tough enemy is either quickly downing a crazy potion or using the environment to you’re advantage. The whole game feels complete and full of life, without even a trace of it getting old. 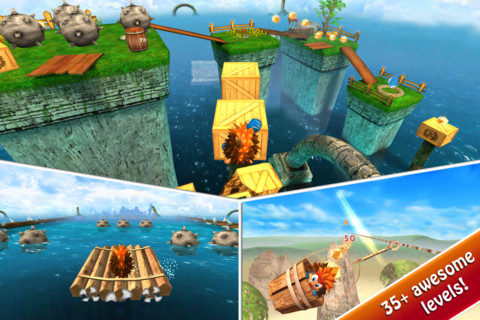 Graphics and Animations: 5/5
Another item to consider about the games is how it looks. This can be a game changer, especially with a 3D game. However, Crazy Hedgy looks exceptional, especially sharp when Retina display is enabled. However, all the rest of the effects work on 3rd generation devices as well, meaning no matter what device you use it’s definitely a looker. The characters and environment all have a clean and polished feel, giving it a very likeable look. Everything is also very well detailed and gives the perfect look to represent how well it plays: amazing.
With graphics, animations also have to be taken into account. A game can look great in stills but look horrible in motion. However, Crazy Hedgy finds definitely finds its groove in animations, with it all moving cleanly and perfectly. The enemies also have distinct personalities, looking and moving differently than each other. The great animations of the game just help to build the game up, adding to its personality.

All in all, it’s hard to find anything bad to say about Crazy Hedgy. Between it’s perfect controls, amazing level design, and great graphics, there’s almost nothing to fault. ‘Crazy Hedgy’ rolls itself along as one of the best games available on the app store. It’s an amazingly fun platformer, and one I can’t recommend enough.

Recently Bulkypix teamed up with Everplay and FireFruitForge to bring Terra Noctis onto the App Store. Terra Noctis had pretty much anything you could ask for in a classic style platformer, and after playing through the game I had nothing but good things to say about it. Despite a feature on Apple’s ‘New and Noteworthy’ games, Terra Noctis hasn’t faired well so the devs are taking a new approach.

Here’s what to expect. First things first, there will be no shortage of HATS whatsoever. Of course this is great news because with hats comes increased replay value. There will also be epic items to unlock as well.  The devs would like to stress that the IAP in the game will be completely optional. You will have access to the game in its entirety for free, but if you want to speedily unlock the hats, then you will need to throw down a few coins. I believe this model will work well, and if it is well accepted by the community then we will definitely be seeing future updates to both versions of Terra Noctis.
In terms of actual gameplay, Free Dreaming will play pretty much like its premium older brother. Apparently a few tweaks have been made to make the game more hardcore, so don’t expect this to be a cheasy one and done deal.

Other than that there isn’t much to say about Terra Noctis: Free Dreaming. I’m excited to see the devs making this effort and I hope it works well for everyone. Either way expect to find the game on the App Store this Thursday, February 2nd. Now let there be hats for everyone. Here’s a video: 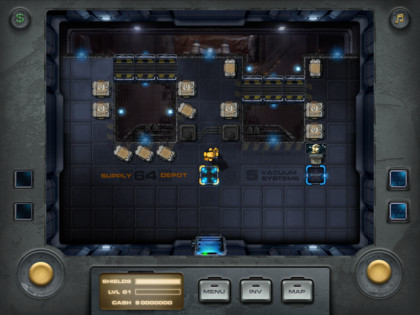