The latest variation of android software was released in test mode only a few days ago. The latest update provides many additional features and options for users to enjoy, which came with the latest Note 7 release. The latest software once again provides all Android users with a huge range of additional abilities to use on their devices and get more out of it in day to day use. The update is still in Beta mode and has to be released to testers, meaning it might not be available to all users just yet, but the features and abilities are sure to get you excited for what’s to come later in 2016. 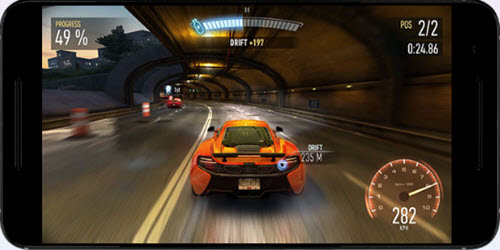 The very first change you’ll see is a new wallpaper, which might not be a huge upgrade, but it does mean users can expect a whole range of new wallpapers to choose from in the standard library. One of the major changes occurs with the notifications menu, which drops down when you slide your finger down from the top of your screen. The options at the top of the screen take up a lot less space and are displayed in a much neater manner. The options will still include the usual quick settings and can be pulled down once again to access the full range of options and features available. The full menu bar can be accessed faster by dragging it down with 2 fingers as well. Android has also changed the notifications itself to a full side to side view instead of the center screen variation as we see it today. The colours include an elegant white and gray, making it look a lot neater and accessible.

As far as the actual notifications go, the bar categorizes them for easy access. For example, all your emails will simply appear as new emails and the number of unread emails, drag down on the email notification to see each email and have the ability to reply or forward the main directly from the notification bar. Holding onto the app notification with a long press will result in app settings being shown for the app that offered the notification from which you can choose how the app provides notifications or turn them off altogether.

When you receive a message, and it shows at the top of the screen, you have the option to reply instantly without opening the app. However, this might seem very similar to iPhone users as it has offered this feature for many years, but then again, why not have the same on your Android device. This feature is available for any notification ranging from a normal text through to a replay via one of the apps.

When it comes to contacts, you also have many additional features and options. Since Android and Google have made it possible to link your contacts to media pages such as Facebook and Twitter, you now have the ability to block people on certain apps or remove their names from your friends lists all together, which also results in them being removed from your contacts list and them not having the ability to communicate with you whatsoever. 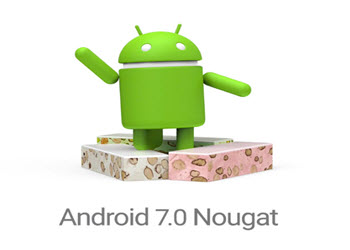 Night mode is yet again another feature that’s been brought over from Apple devices. Basically what this does is, it changes the colour of your display to a yellowish colour, which still provides all the colour features of the display, but all the whites are easier on your eyes and tend not to be as sharp. The feature can be accessed from the notification bar, and once again of you press on it for long, it provides the options where the settings can be adjusted.

The data restrictor is a great new built-in option that allows you to take full control of how much data you use per day. This is actually a smart feature that will restrict certain apps from downloading big files while your daily limit is low. The feature is accessible via the notifications bar and once again its settings can be reached by holding long on the option. Here you can set the limit and the apps that need to be restricted in order to keep to that limit.