All We Know About the Samsung S8

The Samsung S7 has once again presented many features for Android users, which are both amazing and provides a totally new way of enjoying the mobile features they provide. However, Samsung is already working on new ideas for the next exciting release, which includes the Galaxy S8 and S8 Edge. 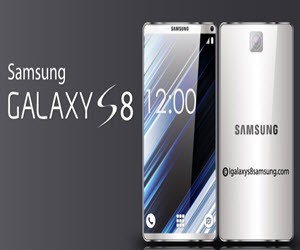 There are a few things we’ve heard and are expecting Samsung to do with the new phone. Firstly, the release date, looking at the pattern Samsung seems to follow with new releases, we expecting the latest S8 device to arrive early next year. To be more exact, we expect the device to reach the market worldwide by March 2017.

The most popular and exciting news regarding the latest phone is a 4K screen, which has now been available for more than a year on the TV’s presented by Samsung. The new device will once again feature a 5.5 Inch display, which is the same size as the latest S7 and S7 Edge. However, we doubt a major difference will be noticed on the 4K display when compared to the current QHD display used, which already features some incredible detail and graphics. Then again, with new technology such as the VR headset, a 4k display might just make that entire experience more thrilling and enjoyable.

As far as the Edge feature goes, we haven’t heard many rumors about any changes. The Samsung S7 Edge is already a striking phone, meaning it would be a mistake to make any major changes to the newer devices. However, knowing Samsung, they will do something that makes the new device stand out and be even more attractive.

As for the camera, we are expecting a dual-lens, which provides different features for the perfect shot. Taking the LG G5 for example, which has the ability to take a normal picture as well as a wide-angle picture without any additional attachments. It is expected that the new Samsung might lead down the same road, but possibly have different features for the second lens that makes is unique on a whole new level. Regarding megapixels and more details, we are sure to keep you updated as the news flows in.