Passwords May be out by Year End with Google Abacus

At the end of 2016, devices powered by Android will have the capability to use an API trust on the Project Abacus from Google. This news came at the suggestion of Google’s Dan Kaufman, their ATAP director.

The API is in constant running motion in the background and focuses on the removal of passwords. It operates using customer smartphones to verify locations, patterns in typing as well at patterns in voice. It then creates a trust score that is used as an authenticity of the user in order to permit the unlocking of their devices. 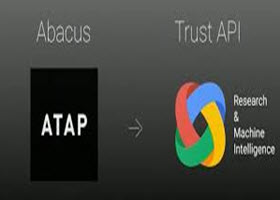 It is expected that Google will approach multiple finical organizations to test this service and if testing goes well, then the API will be released to Android devices by the end of the year. The main issue for many is a lack of trust towards Google in general, who is known for a poor history of things once released. It tends to cause aggravation for customers and institutions and this will be the barrio Google will face going forward.

The main problem is the development of a solid biometric such as a fingerprint scan or one that scans the retina, which both are generally difficult to collect. There are multiple Biometrics that allow for easy collection of information but the more information they collect, the increase for failure also increases. If they fail, standby systems for passwords must be in place and this is where things get more complex. On a positive note, it could also be a more efficient and consistent method as well for accessing secure sites.

How these progresses forward will be seen in the months ahead. It will not be known until large scale testing and the collection of data from that testing has been verified and analyzed.