Some of the biggest news in the mobile world over the last few months has included the Samsung S7 and the iPhone 7. The Samsung has been released, and many people are highly impressed with the device and everything it offers. The curved display has been a major success as it offers many additional options and features. The screen is simply amazing, and the device is super fast.

While many might have enjoyed everything Samsung has offered with their latest smartphone, there are millions looking forward to the latest iPhone that is expected to hit the market within just a few weeks. It’s expected that Apple will announce their latest creation within the first week of September 2016 and make it available to the public by the middle of September 2016. There have been many leaks about the device and what’s expected from Apple. However, for the most part, Apple has managed to keep the facts about their new phone a great secret, leaving their fans wondering. However, predictions have been very accurate in the past. So let’s get right into it and tell you all you need to expect from Apple. 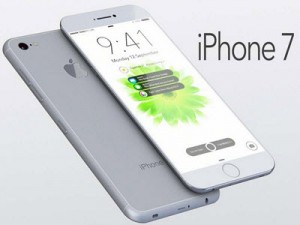 The shift from the iPhone 5 to iPhone 6 design has been a major plus for iPhone fans. The smoother edges makes it easier to hold the device while still offering all the features. The iPhone 7 is expected to hold this design, but with a few noticeable changes. The antenna lines running over the edges and over the back of the phone will be less and will flow more with the design of the device. The body will still be the strong metal case featured on the iPhone 6 and 6s devices, but is expected to be thinner, which is also why the 3.5mm earphone jack will be removed, and speaker holes will take up that space for better volume and sound quality.

The home button is also expected to be more sensitive and provide users with more options. Much like 3D Touch on the iPhone 6s devices, the feature will be presented on the home button. This means a soft touch would provide a certain action while a hard touch will do something else or offer more options. The button will still be located in the center be flow the screen, but might be flush with the surface of the phone, meaning it won’t be an actual button.

Screen sizes are also expected to change. The 7 plus will have a 5.5 once screen, making it just a bit bigger, but keep the device the same size, meaning less of a border around the device is expected. With the standard headphone jack gone, earphone will be connected via the USB-C port at the bottom of the device. If you might be concerned that other earphone can’t be used this way or that you won’t be able to charge the phone while listening to music. However, adapters will be available to cover the port of a 3.5mm jack and also to charge while earphones are used. There are also rumors that Apple will include wireless Beats by Dre earphones since the 2 companies have joined forces in some regards.

Dual cameras are highly anticipated with the new phone, which has been featured on new devices such as HTC. However, since iPhone offers live images, the dual cameras will be able to make this a lot smoother and provide much better quality. There has been an iPhone case leak that shows space for dual cameras on both the 7 and 7 plus. The new iPhone will be 100% water proof. The company has been working on a compound that protects all internals of the device from water. There has been no mention of how long it can remain underwater or how deep, but from what’s been said, it’s expected to be the most reliable yet.

There have been various creations of what people think the new iPhone will look like. Most of them are highly impressive and are sure to get people excited about the new phone. It’s been almost a year since we’ve started following the what new phone could be, but at the end of the day, we will just have to wait a few more weeks and see what it’s all about.