PayPal has chosen to reduce the amount of operating systems it will support for mobile devices. The two that will remain will be iOS and Android, however, apps for Blackberry, Windows and Fire OS from Amazon. These changes will be effective the 30th of June.

This is not an uncommon occurrence when relating to Blackberry and Windows but was surprising to see a company such as PayPal no longer offer an app for Android as it operates on multiple tablets such as Kindle and amazons Fire phone. There has been little mentioned by PayPal for an explanation other than to say it was a difficult choice to make and no longer support these devices. The explanation was posted on the company’s blog and suggested that investments in resources are made to create the best possible customer experience. 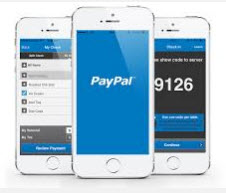 PayPal was fast to note that while some users would be left without an app to access, users still will be able to access the mobile website to manage account transactions and management. Additional options include Blackberry users being able to carry out peer-to-peer money payments using BBM, whereas Window uses have the ability to enable the PayPal add-on in order to send payments instantly from its email app.

PayPal’s Lambert stated “We remain committed to partnering with mobile device providers, and we apologize for any inconvenience this may cause our customers,” PayPal seems to be focused on putting a larger emphasis on the two remaining apps in the hopes it will permit the company to find new ways to be innovative in their enhancements towards mobile experiences.