Some app developers out there trying to develop an app and expect it to fetch huge money for their creations. However, some apps are worth it, but there are also many that are just way out there and don’t provide what you pay at all, especially when you consider some of the prices the ask.

Here are some of the most expensive apps available, we will leave the decision whether or not they are worth it up to you.

WaterGlobe is a snow globe that is fully customizable. Users can chat all types of aspects in the app, including snow size, how fast it falls and much more. The picture inside the glide is also changeable to suit the theme on your phone or the current season. Usually, a real snow globe goes for only a few Dollars, but to have the app for a virtual one, it will cost more than just a couple of hundred. 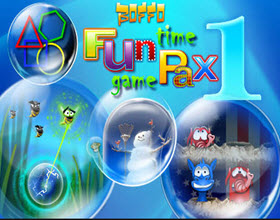 Boffo is a collecting of mini games for your device. Some might think the list would include some of the most impressive games regarding graphics and game option, but no, these are games most people download for their kids for free. The developer states that the price is so high because other games manage to make that much each day and people still pay for them.

Is actually a very useful app for people with speech problems. The app will include a voice for you, meaning it can communicate on your behalf and say what you need to. This could have been a great app for millions out there if only it had a lower price tag. Instead, people can now access these features for free on both iOS and Android.

Mobile can viewer requires a huge price tag for an app that is free from many other developers. Users can use the app to see live footage of their home cameras or cameras at the office, making it quite useful, but once again at that price, there are sure to be many other options that make a lot more sense.